Let us give you a call

Your local mechanic will be in touch for all mechanical services and repairs.

Home / Blog / Is my mechanic ripping me off? 4 tricks used by dodgy mechanics
23 MarBlog

Is my mechanic ripping me off? 4 tricks used by dodgy mechanics

Mechanics have gotten a rather bad rap over the years. There is no lack of stories; some mechanics intentionally seek to rip off customers by up selling and repairing components that don’t actually need fixing. Others simply don’t know what they’re doing, misdiagnosing problems and causing you big, costly, drawn out drama.

Unfortunately, many drivers have labelled the entire industry as “untrustworthy” and I’m constantly asked by people “is my mechanic ripping me off?”. In answer to that question, below are the top tips on how to spot the dodgy mechanics out there, and at the end… a list of how to avoid them!

If a mechanic wants to rip you off, they usually go for one of the following four options…

It’s not uncommon for us to attend to a basic service for a new customer where a major service was said to have been performed by their previous mechanic and yet the customer complains of a number of problems that simply shouldn’t be there if the car was serviced well. Usually it’s because the parts that were charged were not actually replaced. Dodgy, right?!

Loads of parts in your car will eventually need to be replaced. The trigger is either the number of kilometres your car has driven or time. A mechanic who wants to bump up your bill will often bring forward these major parts replacements unnecessarily.

For example, if a part should be replaced at 100,000km, some mechanics will start recommending replacements at 70,000km. This is also commonplace at roadside assistance operations where staff are incentivised to sell parts, like batteries. These guys will often replace any batteries that are over two years old (even though the normal life cycle is three to four years) regardless of whether the problem was actually the battery or it just needed  recharge.

Ultimately, these mechanics are not thinking about you as a customer for the long term, they’re just trying to make the most out of every service. For a guide on what to service and when check out our article “How often should you service your car?”.

If you’re wondering – “is my mechanic ripping me off?” – here’s where things get really dodgy. There are some mechanics who will create repairs out of thin air in order to upsell you. Worse still, because there wasn’t a problem in the first place, they don’t actually do any work for the extra charge.

With thousands of mechanics, workshops and dealerships, the automotive repair industry is super competitive. One of the most common tricks to get customers in the door is to advertise a cheap service. They lure in first-time customers with a bargain headline rate for a service, as low as $99. While this may sound appealing, the problem is that the mechanic just isn’t making any money. With the cost of parts, plus their business overheads, they’re not paying themselves. To counter this they’ll upsell you a bunch of things you don’t need. The strategy is to get you in the door and then bump up the bill.

If you see a cheap service, be prepared to drive out with a much larger bill. A good benchmark is a minimum of $180 for a basic service for a standard, non-European car.

What can you do about it?

The thought of questioning your mechanic can be a little scary— the prospect of speaking to a mechanic in greasy overalls using complex car language is daunting enough, let alone questioning what they’re telling you. Sometimes it’s easier to stick your head in the sand and hope the problem goes away.

Although it pains me to say it, some mechanics are simply not very good, or just plain dodgy. The good thing is that once you know the tricks and mistakes to look out for, it is easier to avoid getting ripped off.

To find a trustworthy, honest and experienced mechanic in your area head to our service areas page. 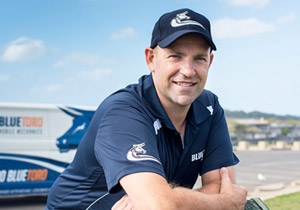 Preparing Your Car For A Road Trip Surviving a road trip with kids Top Tips For Preparing For A Road Trip

END_OF_DOCUMENT_TOKEN_TO_BE_REPLACED

Request a call back

GOT THE GRUNT TO BECOME A BLUE TORO MOBILE MECHANIC?